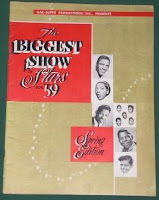 The year starts off well as Irvin Feld reports that advance sales of this edition were at a level not seen since 1957.  The economic downturn was history and ticket sales were strong.  Feld put together a solid lineup of talent. Bobby Hendricks made his solo debut after leaving the Drifters on this tour. 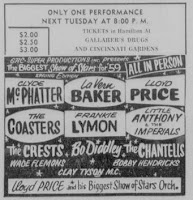 One show at 8:30 p.m.   4,000 teens attend the show.  The reviewer for the Lubbock Morning Avalanche complained that while the teens were relatively polite, the sound system "turned the program into one of the loudest and most incoherent show of its type yet seen in the Coliseum." 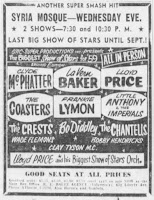 Irving Feld books Buddy Holly and the Crickets to headline his Fall edition of the Biggest Show of Stars in 1958.   A modest 17-date tour was outlined for the Eastern U.S. and Canada. The tour rehearsed on October 2 in New York City before heading for Worcester to open the tour the following day.   Buddy and the Crickets sign for $9,900 for the tour. Tragically, four months later Buddy Holly would be killed in a plane crash with Richie Valens and The Big Bopper while on another package tour.
Talent: Buddy Holly & Crickets, Clyde McPhatter, Frankie Avalon, Bobby Darin, The Coasters, The Elegants, The Olympics, Dion & Belmonts, Bobby Freeman, The Danleers, Jimmy Clanton, Jack Scott, Little Anthony & Imperials, Sil Austin Orchestra
October 3, 1958 Auditorium, Worcester, MA
October 4, 1958 Arcadia Ballroom, Providence, RI

A show at the State Theater, Hartford, CT is cancelled and the Providence date replaced it. 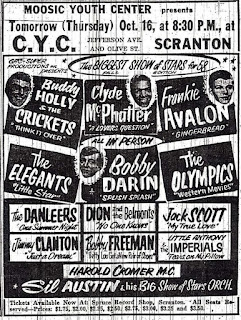 This show was cancelled TV crews from all three major networks plus MTV are at the show to film and interview the bands. 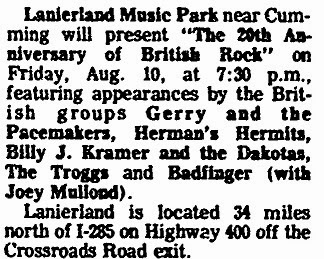 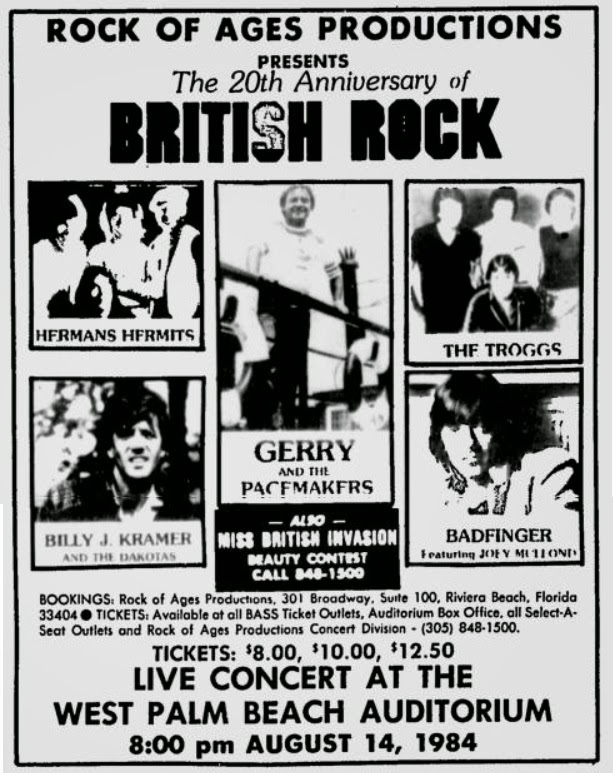 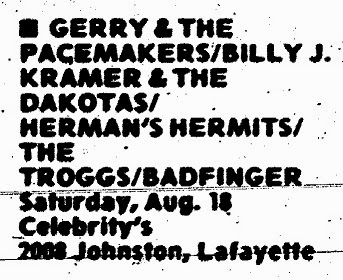 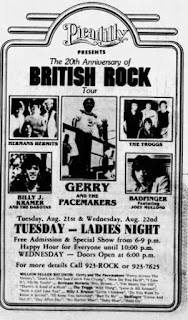 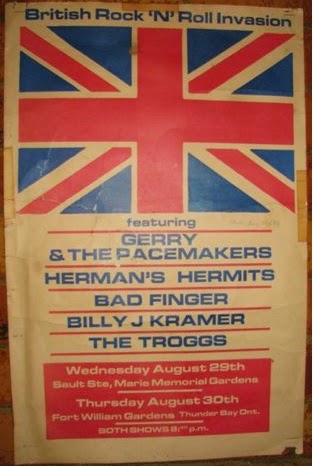 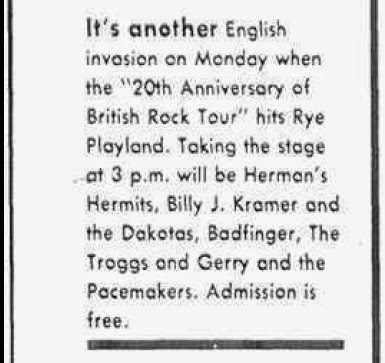